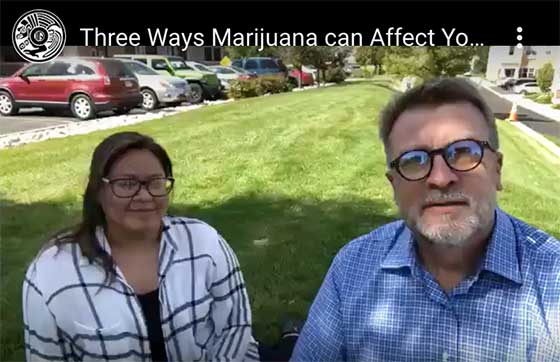 The state of Colorado was one of the first states to legalize marijuana. First, the state allowed it for medical use. Eventually, along with the state of Washington, Colorado legalized the recreational use of marijuana. Now, with these policies in place, we are observing more and more people utilizing marijuana both recreationally and medically. So, what happens when you are injured on the job and test positive for marijuana? Below are three ways use of marijuana can impact your worker’s compensation claim in Colorado.

First, individuals in Colorado need to understand that even though marijuana is technically legal in Colorado, the better way to phrase that is, “it is not illegal in Colorado”. According to federal law, marijuana is still illegal. Therefore, according to the Colorado Worker’s Compensation Statute, as well as a lot of the statutes, state that if you are injured under the influence of marijuana, insurance companies can reduce your monetary compensation by fifty percent. On the other hand, non-monetary compensation like medical benefits cannot be reduced or affected. Essentially if an employee tests positive for marijuana, the employer is still responsible for paying 100% of medical bills, but only 50% of lost wages.

Time of Consumption and Company Guidelines

The next aspect is where things get controversial and an attorney is necessary. A sample (from a blood test or something like that) needs to be kept for their records. You can then get that sample tested at your expense. Unlike alcohol, there is no threshold to measure how “high” or under the influence you are of marijuana. This is where people disagree, because people could test positive for marijuana days later after they have consumed it. Meaning, they might not have been under the influence at the time of the actual injury, but it is still in the system.

Many companies have strict policies and opinions regarding drug use and outline this for their employees. When an employer has a zero-tolerance policy for illegal drugs, that means illegal drugs as defined by the federal government. This means you could get fired because of marijuana use and could be considered at fault for termination. Even though it is not illegal or legal in Colorado, companies still have the right to fire an employee over it. If you are terminated from your position because of marijuana use and you are not receiving lost wage benefits from worker’s compensation because of the positive test, our team can help defend your case.

Use of Marijuana for Medical Purposes

We see clients who after experiencing an injury on the job are opposed to taking opiates or other harsh medications and would like to opt for marijuana instead. As of right now, Colorado law says no. The reasoning behind that is because doctors are regulated quite a bit by the federal government. If you look at the way the laws are written surrounding this in Colorado, they cannot prescribe marijuana. Colorado doctors can only recommend it. Even in that case, it is difficult and so far, is not an accepted medical benefit in worker’s compensation to get medical marijuana. Although, in some instances there are case where the parties have agreed to pay for it.

If you are injured on the job in Colorado, whether or not you tested positive for marijuana use, call Kaplan Morell Attorneys at Law at 970-356-989. Our team is trained and well versed in navigating these cases and can help you get the compensation you are deserve.