What Does Litigation Mean in the Workers Comp Context? 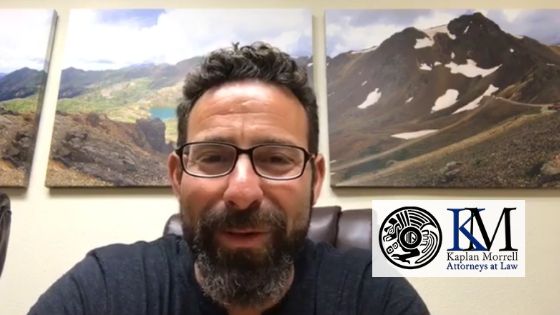 Today’s topic is litigation and what that means.

We have a lot of clients who come into our office with various issues and some need to be “litigated.” A lot of people don’t necessarily know what that means so today is a discussion, a brief discussion regarding what does litigation mean in a Work Comp context?

From time to time issues come up when we file a claim for Workers’ Compensation benefits where the other side is contesting whether or not the benefit is due and owing. When that occurs, if the parties can’t resolve the issue, one of the parties files an Application for Hearing. That Application for Hearing endorses the issue that needs to be litigated. Those issues are what’s called ripe and in dispute. In other words, both parties are disputing it and therefore it is ripe to have it adjudicated by a judge.

We are in an administrative law venue which means that when an issue is litigated, in other words, tried to the court, it is before a judge and not a jury. That is called a bench trial or a bench hearing. The individual who adjudicates the matter, in other words, decides who wins or loses, is an administrative law judge. Workers Comp claims can be, at the outset, contested. What that means is that the insurance carrier or the respondent employer is not taking responsibility for the alleged work-related injury. The threshold issue before an injured worker gets any type of Work Comp benefits is whether or not they were injured within the course and scope of their employment.

Many times we need to go before a judge to have that issue determined and from that issue, the judge also determines what type of benefits the injured worker is entitled to. When an insurance carrier does admit liability, meaning that a work-related injury has occurred, there are various issues that become ripe and in dispute. For instance, medical treatment.

Just for purposes of today, let’s say it’s an MRI of the cervical spine. Well, the carrier either contests that, meaning they’re taking a position, that they’re not going to pay for it, or they admit for it. If they admit for it then there’s no need for a hearing. However, if they contest it by stating, “We’re not going to pay for this MRI,” then it puts the onus on the claimant and their representative to file for a hearing and get that matter adjudicated. In our example, we would go to hearing to determine whether or not the Work Comp carrier or the employer should be ordered to pay for the MRI that is being recommended by the treating physician.

When an issue is being “litigated,” a process starts by filing an Application for Hearing.

One is questions going back and forth between the parties. Each party can send up to 20 questions to the other with the intent to understand what the issues are, what facts are supporting the defenses of the issues, and the issues themselves. It is a way for the parties to get a better understanding of the positions each are taking and the basis for them. Those are called interrogatories. Another way to perform discovery is to take depositions. During a deposition, we sit down with the witness, whether it is a doctor or the claimant or an employer witness, and we start asking questions that they must answer truthfully.

Really, in essence, the hearing begins when you take a deposition in the context of litigating because this is evidence that’s on the record. The judge will consider this evidence when determining the final outcome of the issue that’s ripe and in dispute. Depositions are other tools that we can use while we’re litigating. As an injured worker when you are just waiting after an Application for Hearing has been filed, you feel as though nothing really is happening on your case. Actually, a lot’s happening in your case, you are just not privy to it. Not because we don’t want to tell you what’s going on, rather it’s just kind of a long process where we’re getting prepared to go to a hearing and put our clients in the best position to win a hearing.

I hope that’s really helpful for everybody. Check us out on the web, we’re at kaplanmorrell.com. If you have any questions or concerns, please ask questions, we’re here to answer the public’s questions and we’re here to help those who want and need more information about Workers’ Compensation cases as well as social security disability.