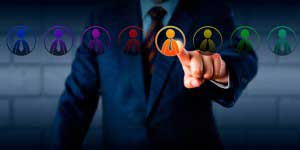 Technology constantly changes as a result of innovation. As new technologies emerge, their applications spread across fields wider than people can imagine. Virtual reality, for example, is the inevitable destination of many video game consoles, allowing players to almost fully integrate into their fantasy worlds created by designers. Even Denver workers’ compensation lawyers wouldn’t have been able to predict that the newest use for virtual reality is workers’ compensation.

An Austin, Texas-based workers’ compensation insurance company named Texas Mutual is presenting a new virtual reality application this week to teach workers at construction sites about construction safety. Especially in the construction industry, where Greeley workers’ compensation attorneys and Denver work comp lawyers know many accidents happen, workplace safety is the best and first line against workplace injury. Safety videos are important and should be universally applied to teach employees about the very real risks they face when they walk into the workplace.

There are many ways to get into an accident on a construction site. Texas Mutual’s application, called “Safety in a Box,” shows four very real construction workplace scenarios that could cause death. These scenarios include an electrocution, a trench collapse, a fall from a high site, and—like Wile-E-Coyote—a cinder block falling from above.

The application is different from Loony Toons and it’s not a “Faces of Death” video, either. The videos aren’t graphic and there is no blood. However, the virtual reality technology allows for a full view of the site, which gives a viewer the sense of actually being in the situation. This would be impossible earlier without actually being involved in the accident. Such use for virtual reality software isn’t intuitive but such a creative solution to a real problem goes to show how much insurance companies devote to workplace safety. After all, it’s in everyone’s best interest to avoid workplace injury altogether.

Texas Mutual plans on showing the app at the Texas workers’ compensation summit, where it’ll let people interact with the virtual reality headsets and get the sense of actually being in the workplace accident scenario. This is especially important for younger workers, who aren’t necessarily accustomed to the workplace and might not have a full idea of what kind of safety practices are necessary to avoid workplace injury.

This year, Google says it’s shipped over five million of its virtual reality headsets as of January. Industry estimates for the next decade indicate that the industry will grow exponentially, if not predictably. As more industries learn about the full capabilities of virtual reality technology, new applications will emerge that were not obvious to anyone at the time of the invention of the technology.

Texas Mutual wanted the project to appeal to younger workers and instruct them in best practices in the eventual reality of workplace accidents. After all, there are better ways to avoid danger and worse ways. The more exposure younger and older workers have to the variety of situations that may arise, the better. Texas Mutual included a Spanish version of the application, with the intent of providing instruction to workers regardless of language barrier.

Each video shows a particular type of accident that would be possible at a work site and illustrates actors shouting out instructions for best practices. The protagonist’s refusal to follow their advice leads to the workplace accident, which is hopefully the first and only time the viewer experiences such an incident. The instruction is invaluable and much more visceral than a safety video recorded decades ago. Construction and technology are changing and evolving by leaps and bounds with each new innovation. Workplace safety and best practices generally stay the same. Companies finding new ways of delivering the same information is in everyone’s best interest because it keeps workers healthy and able to continue their lives on their terms.