What if You Die Due to Work Injury? Your Family’s Rights 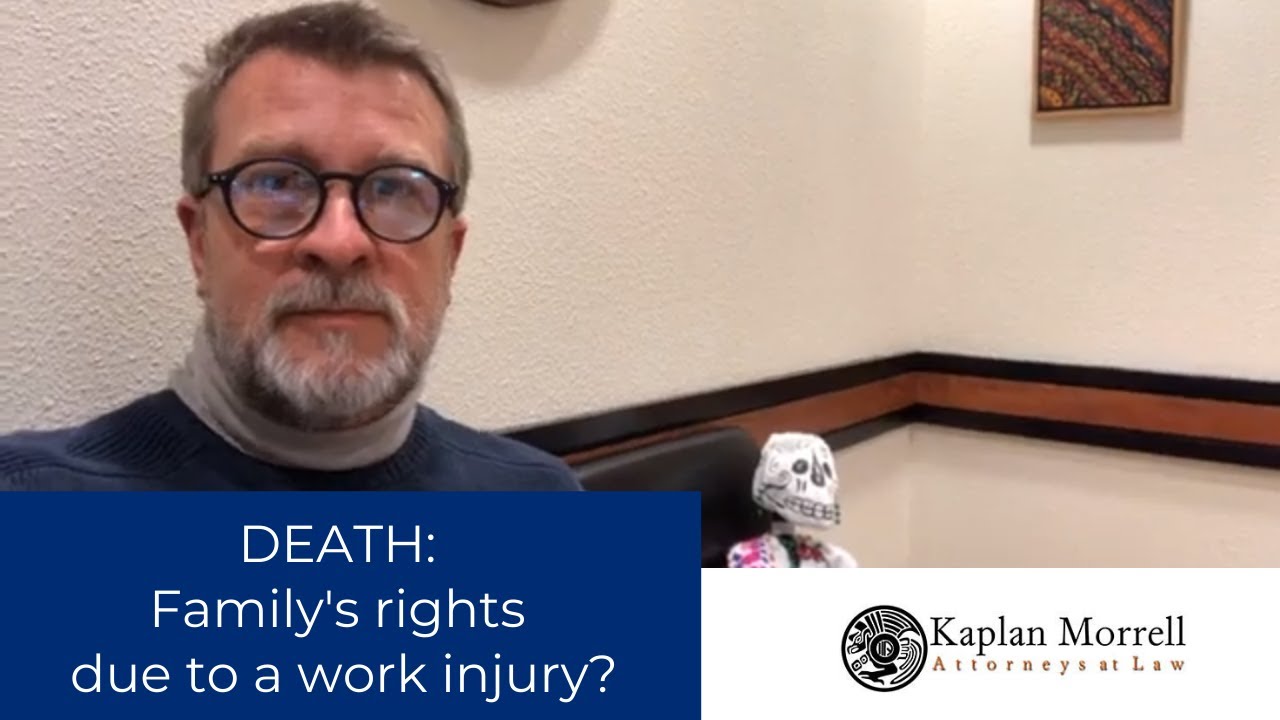 Workers Compensation – What Are Your Family’s Rights if You Die Due to Work Injury? – We help families who have lost parents or spouses to a fatal work injury. Workers Compensation provides basic benefits to these families. We are here to make sure you get the full amount the law entitles to you.

What happens if you die due to work injury?

A question that we are sometimes asked is “what happens if I die because of a work injury?” or “What if I die after a work injury, and how might that affect my case?”
On-the-job deaths are covered under workers’ compensation. if you don’t die right away because of your work injury and you still need some medical care, your benefits will cover those costs. Your worker’s compensation benefits also get your lost wages covered. If you die due to a work injury, then the next big question is, did you leave dependents?

Who is considered a dependent?

Dependents could be almost anybody. If they can show that the injured worker was supporting them, then they might be considered dependent. There are dependents and then there are presumed dependents. Presumed dependents are spouses, children under the age of 18, (unless they’re going to a secondary education like a trade school or college, then it’s up to the age of 21).

Cases with presumed dependents can be a little bit complicated. For example, we had a case where a woman’s husband died as a security guard. From a financial point of view, he would be considered the dependent because she made 80% of the money that came into the household. The insurance company was refusing to acknowledge that she was a dependent but we were able to show that not all meaningful support is financial. She talked about how he was emotionally supportive. She said that she didn’t have to call carpenters or plumbers, that he helped to upkeep the house. Dependency doesn’t necessarily need to be financial.

How will the worker’s wages be divided among the dependents?

If you are a dependent of an injured worker who has passed away, then you are entitled to two-thirds of their average wage. Now, what happens if the deceased worker, leaves more than one dependent, like a spouse and a child? Theoretically, the court will split two-thirds of the wage between the two. This can be an easily settled case if the children are also the children of the surviving spouse.

It can be complicated if the worker left a child with an ex-spouse and re-married. It can be all the more difficult if the worker had another child with the new spouse. Again, courts are going to have to divide up the money. As one dependent ceases to be eligible, for example, children passing the age limits, the remaining money is then re-pooled and divided again.

What benefits will the worker’s family receive?

Your family will receive a very modest funeral benefit, which is about $7,000. Beyond that, believe it or not, there are no other benefits under workers’ compensation for your family. It’s important to make sure that you talk with somebody who knows what they’re doing in workers’ compensation.

We’re here to help you

if you or someone you know and love is injured on the job in Colorado, contact us for a free consultation. We’d be happy to talk to them about their rights, and the obligations that the insurance company has to them. Call us today at (970) 356-9898 or visit our website at https://kaplanmorrell.com