When are Natural Disasters covered under WC? 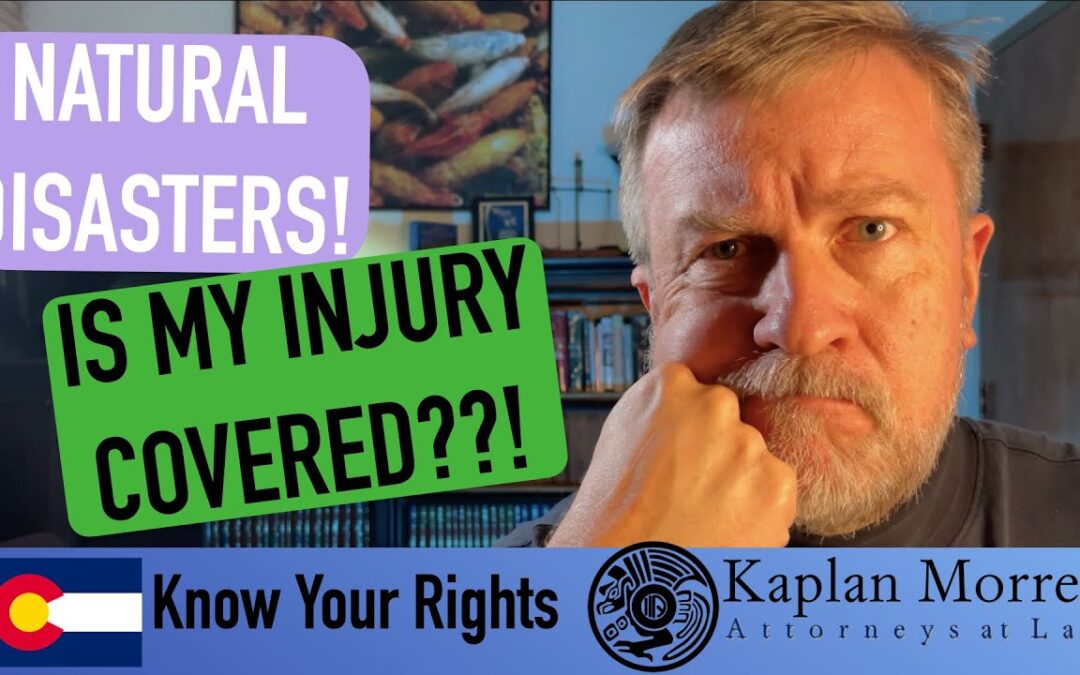 When are Natural Disasters covered under WC? – In Colorado there’s something called Compensability, which means that if you sustain an injury on the job and you are entitled to compensation, then your injury is compensable, and that means that you’re entitled to medical care, lost wage benefits, etc.

When are Natural Disasters covered under WC?

In the cases of natural disasters, typically you have to show that there’s some connection with what caused your injury to your employment.

Am I covered if a natural disaster affects everyone?

For example, if there’s a massive earthquake that takes out an entire city and everybody is affected, everybody at home, at work, and on the streets, then the work injury didn’t arise out of your employment because you were still going to get injured anyway.

In those cases, the insurance company would likely deny liability based on the argument that it was a mass natural disaster that took out everybody whether they were working or not, and there was nothing about your job that led you to get injured.

How can I show a connection between my work injury and the natural disaster?

An example of this case would be the recent tornado that hit Kentucky, where many workers were injured and killed because the tornado hit their factory. They would have a good argument to show that the work put them in a greater risk because their job kept them in the tornado’s path, and because there’s evidence that the employer kept them at work telling them that they couldn’t leave or they would be fired.

What happens if there’s a natural disaster during a work trip?

When a natural disaster strikes and it wipes out everybody, a flood for example, and it doesn’t matter whether you were at home or at work, chances are it’s not going to be covered by Workers’ Compensation, but if you can show that you traveled to that location and the only reason you were there was because of work, you would probably satisfy the Positional Risk Analysis and it would be covered.

Sometimes it’s not very clear if things are work related or not, it depends on the situation, so if you or your loved ones have been injured on the job in Colorado, we can help you. Call or text us at 970-356-98-98, all of our consultations are free and confidential.