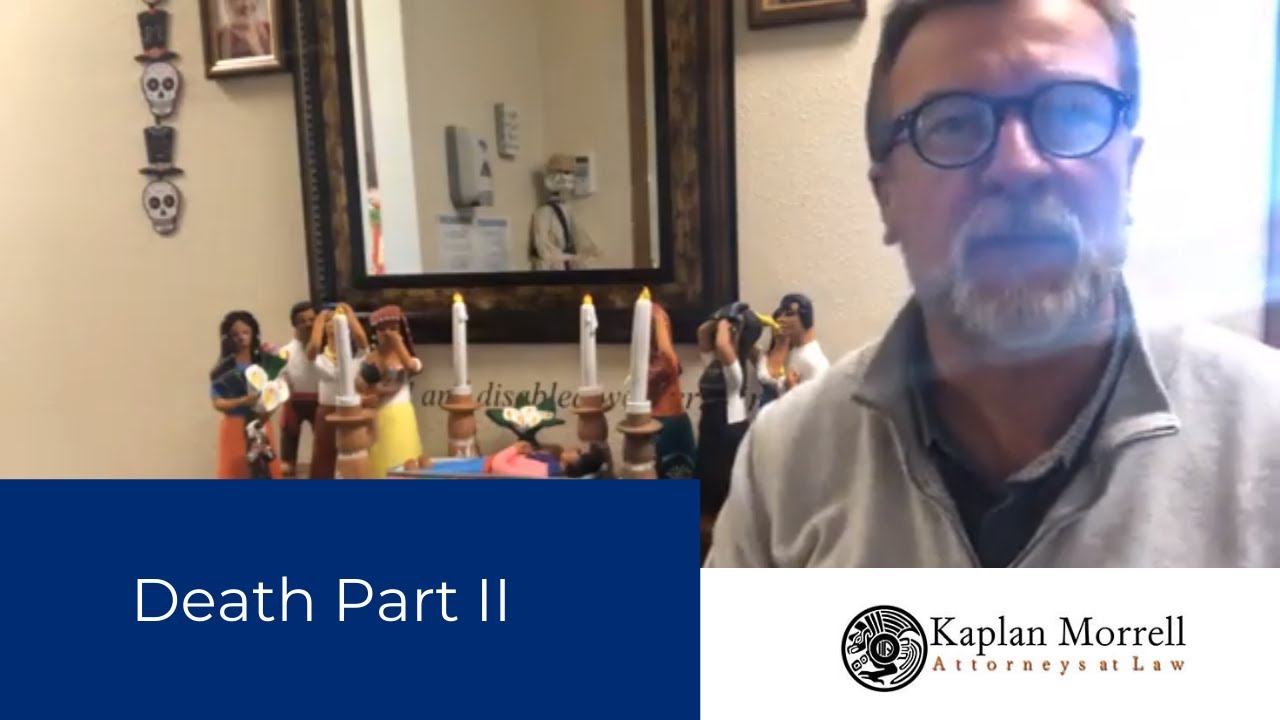 Workers Compensation and Death – Injury Unrelated to Work – What happens to your benefits if you die during your Colorado work injury claim but it’s NOT due to your work injury? We discuss a few ways that an unrelated death might actually be related to a work injury and what benefits you may be due.

Workers Compensation and Death – Will my family or I still receive benefits if my death is unrelated to work?

For example, there will not be any more medical bills because you’re not getting any more medical care. But the medical expenses you incurred prior to death will still have to be covered. You will not receive lost wage benefits because the reason you’re not working is that you’re dead. There is also a benefit called permanent partial disability, and that’s where you are entitled to a certain amount of money over time for what’s called your ‘permanent impairment’. That benefit gets paid out every two weeks and could extend six months to a year. But if you die before that timeframe is done, that also extinguishes with you. In most cases, death ends a Workers Compensation claim along with the future unpaid benefits.

What about deaths that are caused by work injuries, but aren’t directly due to a work injury?

If you were coming from or going to medical care for your work injury and happened to get into a fatal car accident, then that car accident and your death would be covered under Workers’ Compensation and your family would be entitled to benefits because of the death.

Similarly, if you died because of a work injury surgery or medical treatment that death would also be covered under Workers Compensation and your family and dependents would be entitled to benefits.

We’re here to help you

It can get complicated in Workers Compensation. Cases are often fact detail dependent, and sometimes it’s the smallest facts that can turn the case one way or the other. If you or someone you love has been injured on the job in Colorado, feel free to give us a call at (970)-356-9898. We offer free consultations with zero obligations. We would love to talk to you about your rights to help you make an informed decision.